Notes on the Residential and Hotel Market in the Canary Islands

According to data provided by TINSA the residential market has consolidated the price stabilization process that had begun in early 2015. The evolution has been very different depending on the locations. It is worth noting the upward movement of the big capitals (Barcelona and Madrid), as well as Costa del Sol, Alicante, Balearics and Canary Islands, in contrast to inland areas and some coastal areas with high stock levels, where prices in year-over-year growth rate are still falling.

The average financial effort (percentage of the salary necessary to face the purchase of a home) in the Canary Islands is 16.8%, significantly lower than the average of Spain (20.8%). 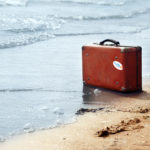 According to the TINSA report for the second quarter of 2016, Catalonia, Madrid and the Canary Islands maintained the positive tone already started in 2015 and increased their average prices in interannual rate by 6.8%, 5.4% and 3.6%, respectively, from April to June 2016. The city of Santa Cruz de Tenerife had a year-over-year growth rate in the second quarter of 2016 of 3.9%, only surpassed by 9 provincial capitals and more than 3 times higher than the national average.

About the Author: webmanager